Café Suudlevad Tudengid (Metsar OÜ, since 2013 detsember OÜ Food and Company) has been open since December 2004. The Café got its name from the fountain “Suudlevad Tudengid” (Kissing Students) which depicts two students, a young woman and a man kissing under an umbrella. The sculpture was created by the sculptor Mati Karmin and architect Tiit Trummali and it was unveiled 1st September in 1998. Tartu Main Square. (You can also purchase a miniature version of the statue from the café.)
The café has three interconnected halls:
The first floor pub hall with its democratic atmosphere is perfectly suited for a coffee break or an evening beer.
The café on the second floor should be to the liking of those seeking a more intimate atmosphere in the comforts of soft couches and cosy light.
The so-called fancy room or Whiskey Room is meant for the knowledgeable, who can distinguish a whiskey from a whiskey. Among other things it’s the unofficial headquarters of South-Estonian Whiskey Club, and a place for anyone looking for a comfy interior and a place to have a private get-together. The Whiskey Room is very popular as a place for birthday parties and different kinds of seminars and trainings.
Mostly Jazz music has inspired the choice of background sounds playing in the café.
The Cigar room offers added value to those customers who enjoy a good cigar and cosy atmosphere.
Menu is based mainly on Italian and French cuisine, with additions inspired by the best traditions of homeland cuisine. 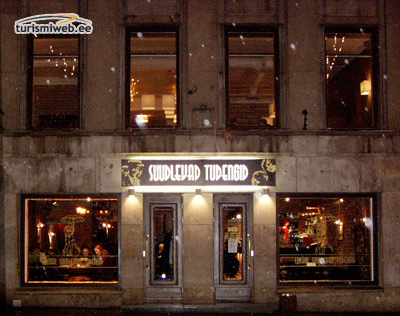 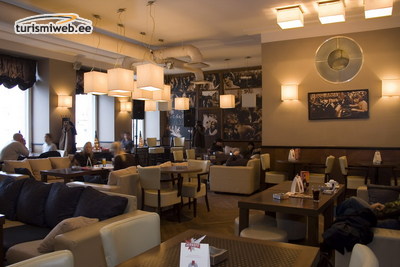 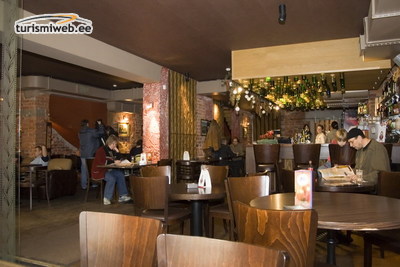 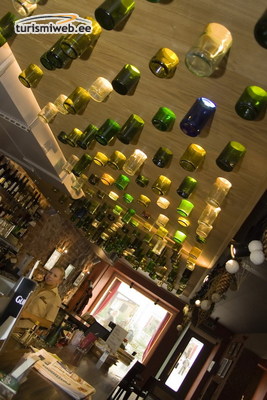 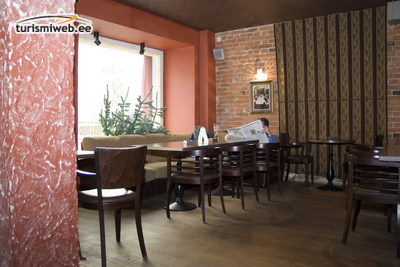 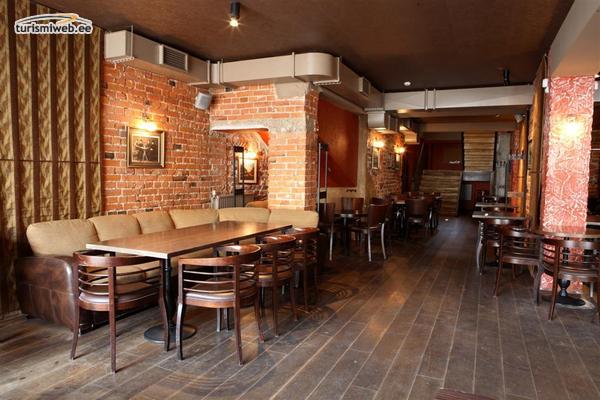 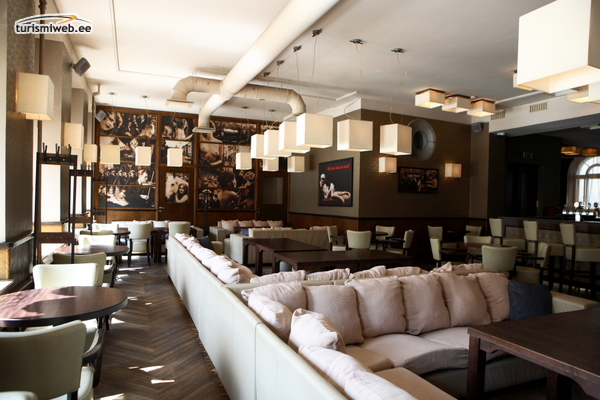 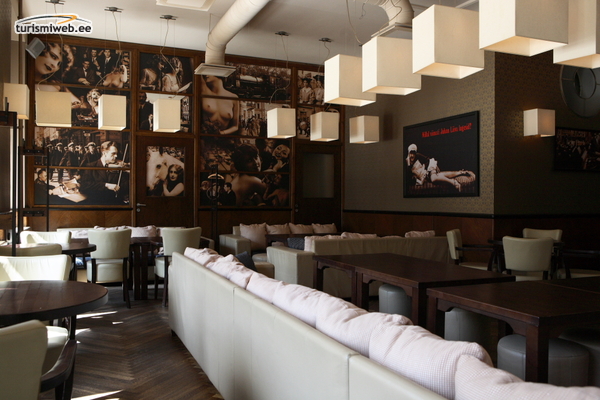 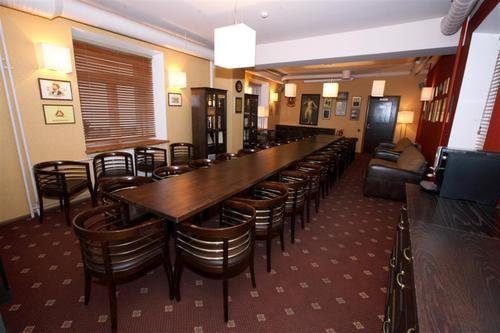 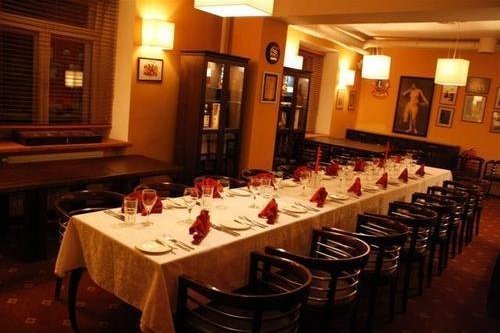