Facilities
Preise
ab 20€
Preise
ab 20€
Bettstellen
32
Festräume
for 30 persons
Guesthouse Varastatud parve hotell (Stolen Raft’s Hotel) is located in Kavastu village, Luunja municipality, Tartu county. Along the road it is 19 km and along the River Emajõgi 20 km from the border of Tartu. To Lake Peipsi it is 16 km by river.
The guesthouse is located in former Kavastu Manor Park on the left bank of the river, in the immediate vicinity of Kavastu raft.

If pre-booked, we offer accommodation and meals in two and three bed rooms with all conveniences. (extra beds possible) for up to 24 people. Sauna available. Meetings, seminars and celebrations can be held here. You can camp, make a fire and have barbecue; play volleyball and basketball. Possible to smoke fish.
Separate lighted yard for parking cars. For boats there is a illuminated and security camera-guarded parking area.
The unique Kavastu raft takes people and (moto) vehicles across the River Emajõgi.
In season it is possible to cross the river by raft daily at 7 – 20. The cost per one vehicle is 5 €.
About 3.5 km away from us starts Emajõe Suursoo Nature Reserve and there stands its impressive tourist centre.

Name story
One autumn afternoon in the late eighties two gentlemen, one of whom was a Finn, walked to the river in Kavastu. The site suggested that once it might have been possible to cross the river by raft there.
Men’s attention was attracted by a shabby cottage from the old metal chimney of which smoke rose toward the sky. Knocking on the door did not give results but its opening created a strong alcohol and cigarette smell. From under a very dirty blanket showed toes, longing for soap and water. After the guests’ hello the toes’ owner’s swollen and hairy face appeared. When asked: What are you doing here? the answer came: Guarding the raft. The guests’ question Where is the raft? received in
response that it had been stolen.
The incident was so striking that Finnish media reflected it widely and the guesthouse thus got its name (Stolen Raft’s Hotel) even before its construction was started. Frequent Finnish guests to the guesthouse today claim Kavastu raft to be more known by Finns than the thirty rafts in Finland. 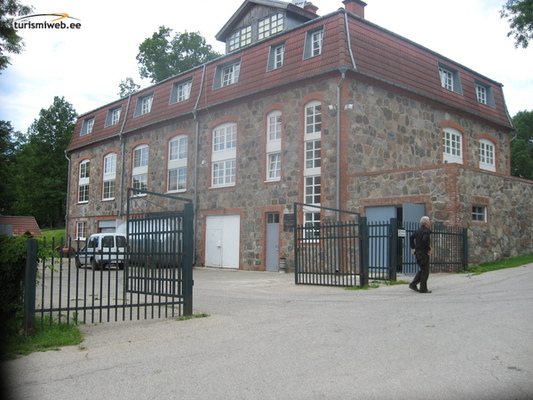 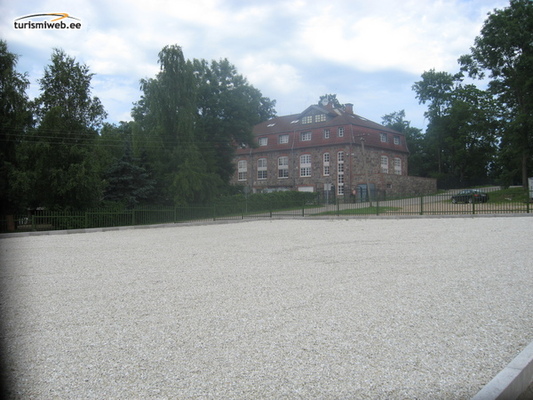 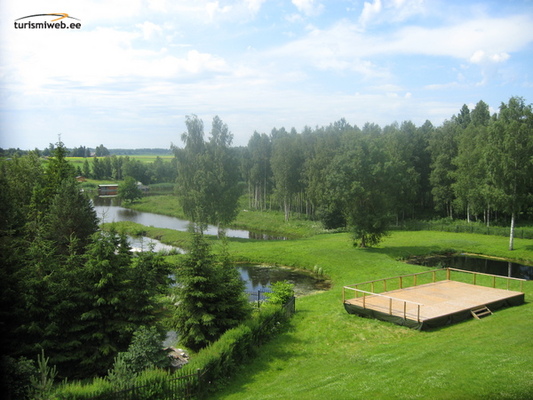 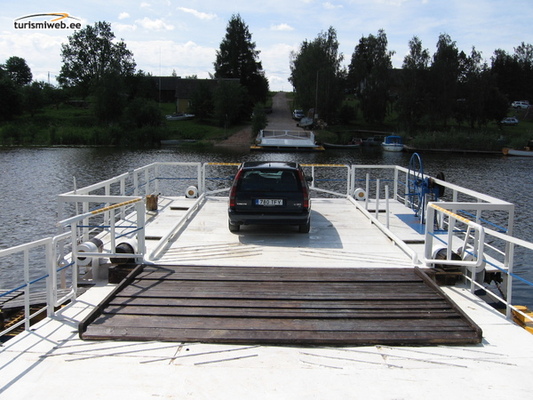 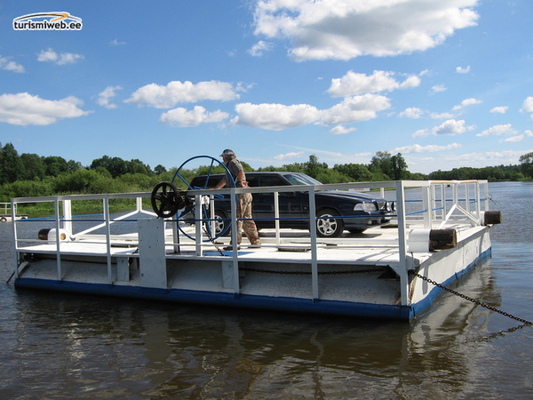 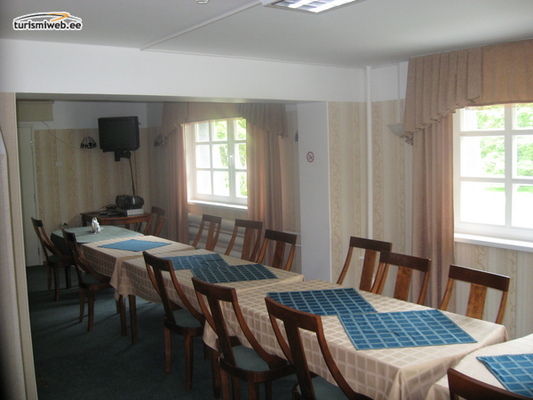 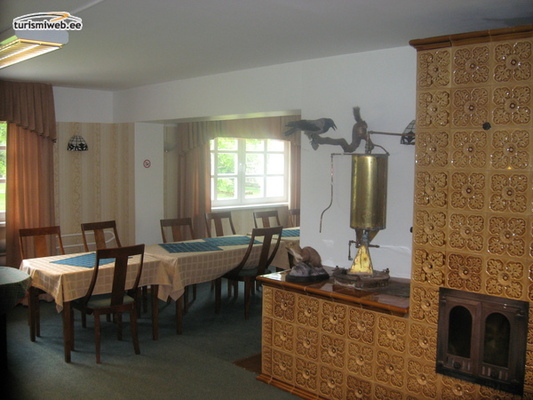 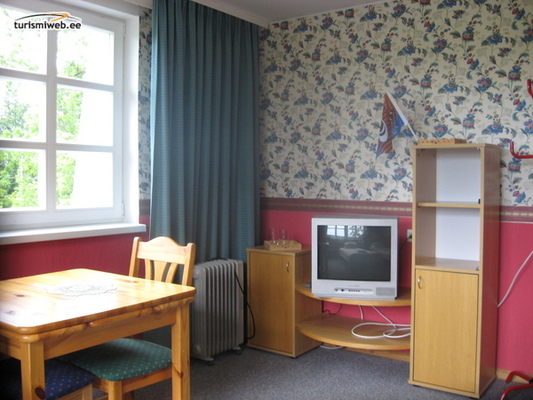 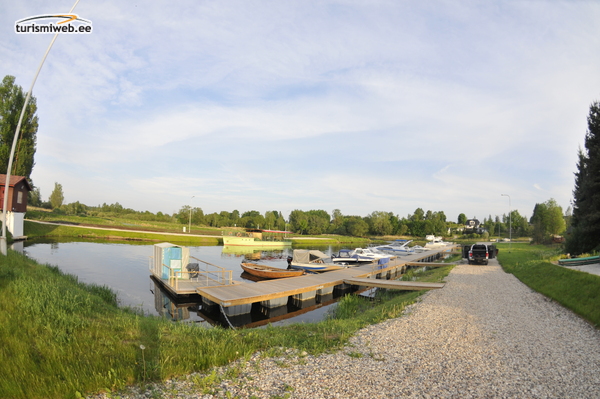 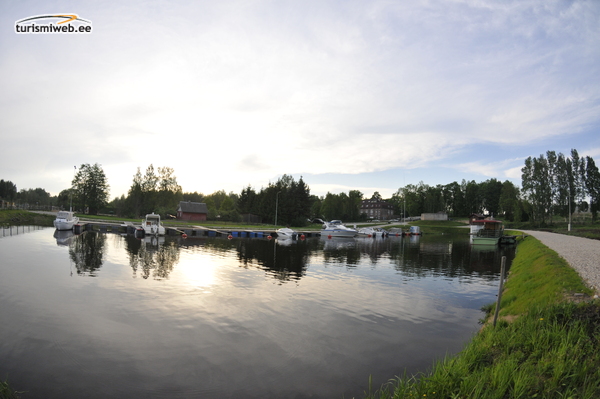 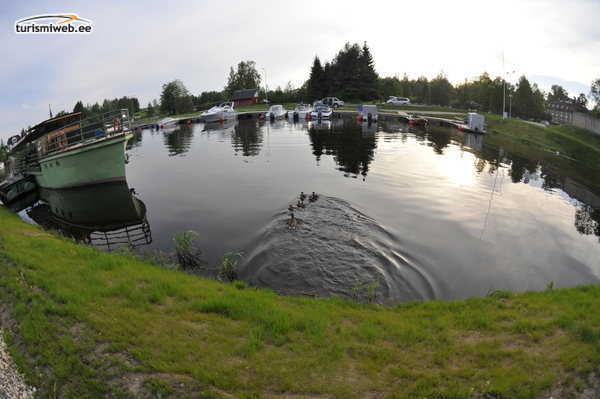 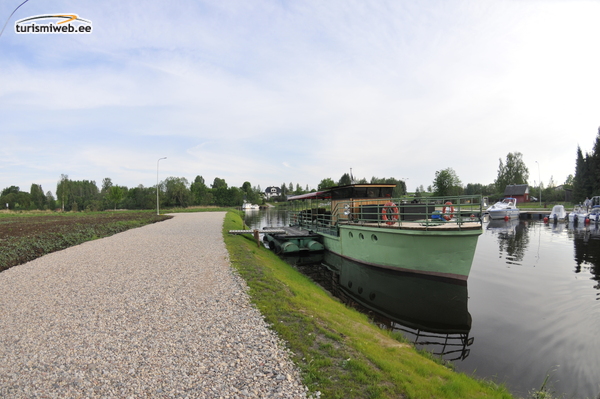 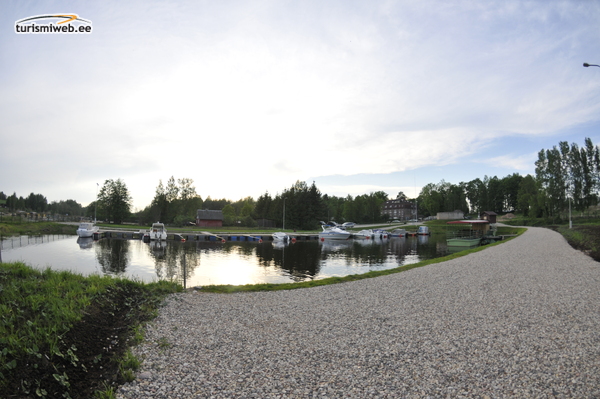 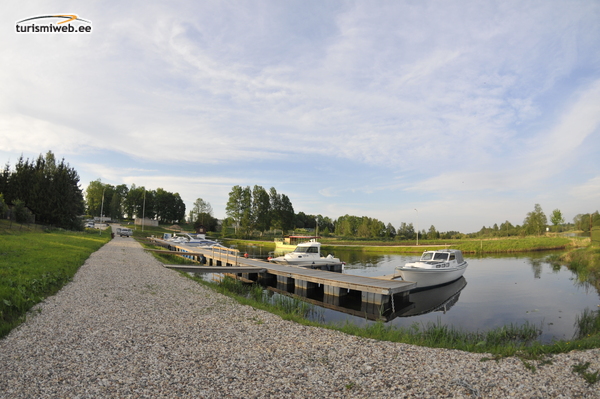 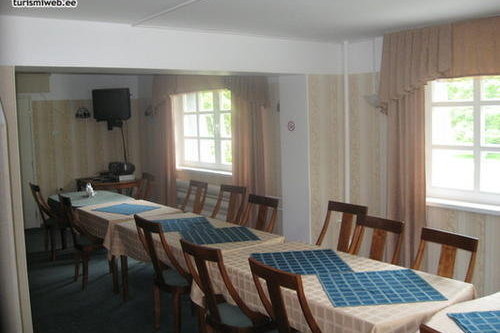