Initially, it consisted of two medieval stone houses with a chimney with a mantel that were joined in the 18th century, and an L-shaped blockhouse. The buildings were badly damaged in World War II and therefore demolished in 1985. In 1989, the buildings were rebuilt and look much the way they did in the 19th century. 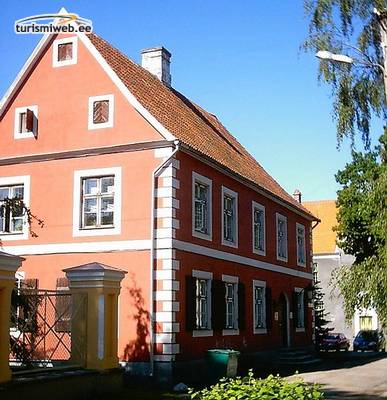