The Kadriorg palace and park were founded by the Russian czar Peter I. According to the designs of the architect Niccolo Michetti, invited from Rome, the palace was built after the Italian villas, consisting of a main building and of two annexes.

The well-preserved great hall is one of the best examples of Baroque architecture not only in Estonia but also in the whole Northern Europe. Besides Russian and Italian artists, masters from Stockholm, Riga and Tallinn took part in its building work. The two-storied hall is decorated with rich stucco work and ceiling paintings.

The vestibule and some other rooms in the main building, as well as some of the stoves have retained their 18th-century appearance.

The park was named Kadriorg (Catherine’s Valley) after the empress Catherine I. Most of the Russian rulers, from Peter’s daughter Elizabeth, to the last Romanov emperor Nicholas II, have visited this imperial summer residence.

From 1921 the Estonian Museum in Tallinn was situated in the palace. In 1928 it was reorganized into the Art Museum of Estonia.

From 1946 until 1991 the palace housed the main building of the Art Museum of Estonia. Due to the deterioration of the building, large restoration works were started. The government of Sweden supported the works that lasted over 9 years, with 21 million Swedish kronor.

On July 22, 2000 the Kadriorg Art Museum, branch of the Art Museum of Estonia, was opened in the renovated palace. Besides exhibitions, concerts, theatre performances and receptions, as well as lectures, tours and introductions of art works take place in the museum

Several smaller buildings belong to the palace ensemble. Most of them have been renovated by now. The 18th-century pavilion (Lusthaus) and the guesthouse from the beginning of the 19th century housed the restoration workshops of the Art Museum of Estonia until the department was moved to Kumu after it's opening in 2006. In 1997 a new museum introducing the private collection of Johannes Mikkel was opened in the former kitchen building of the palace. The wooden guards’ house opposite the gates of the palace that was originally built at the beginning of the 19th century has been completely restored.

The territory of the park that was planned together with the palace was originally over 100 hectares. Its central part will be restored as an Italian-French regular park. The Flower Garden behind the palace has been renovated after 18th-century examples. The Lower Garden in front of the palace is waiting for its turn. 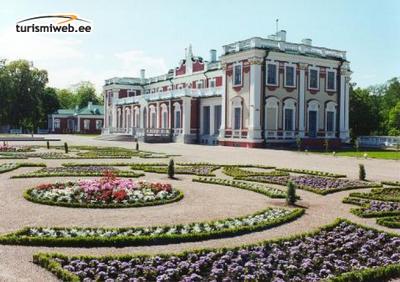 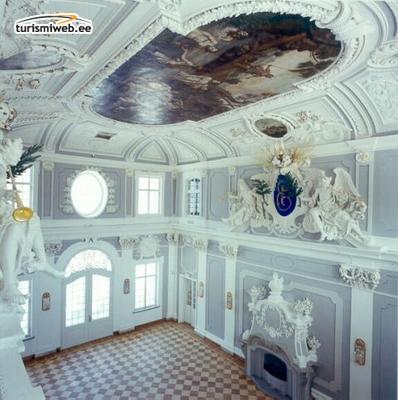