Türi Church is open from May until September Tue-Sun 10 am – 1 pm and 3 pm – 6 pm. Other visits on request. Tel: 387 8330, 524 6590.
The office of Türi Congregation of Estonian Evangelist Lutheran Church is based at 3 Kevade Street.
The Gothic style church was built in the 13th century and dedicated to St. Martin. Vaults of the church rest upon round pillars. The location of the church is believed to be a place neglected by the old Norwegins where they worshipped their God Thor.
Originally without a tower, the church got a wooden tower in 1741. Mor than a century later donations for stone tower were commenced. The tower was finished in 1867 and has remained until today. In 1941 in the Second World War only the tower spire was demolished, but was rebuilt in 1972.
The tower has a unique colourful cock on its top that was placed there in 1999. The windows are decorated by modern glass paintings by Dolores Hoffmann, one of the most well-known artist in Estonia. 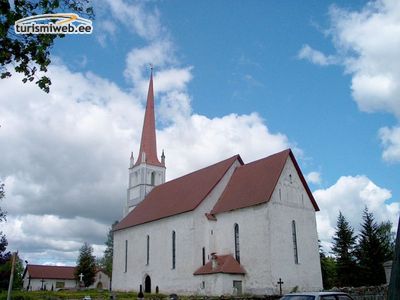 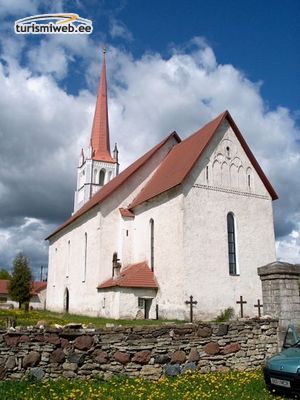 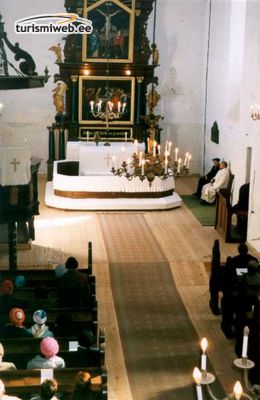 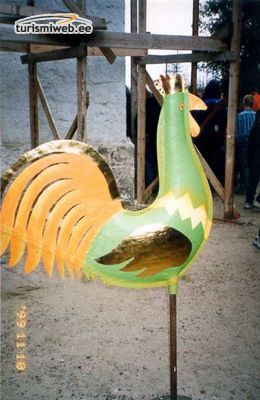 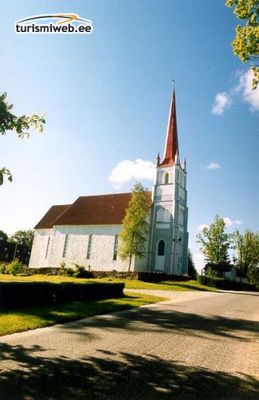