Turismiweb » Botanical Gardens Of The University Of Tartu

Botanical Gardens Of The University Of Tartu / Description

The department of plant taxonomy was established here in 1870 already. This department occupies the area in front of the greenhouses.
Dicots are planted according to the phylogenetic system created by German professor Adolf Engler. Ancient plant families are located in the corner next to the main entrance and the imaginary development line evolves along the wall to the big larch, and after making a U-turn, back along the flowerbed in front of the Palm House side. The line ends with samples from one of the most developed, the daisy family, consisting 25000 species. We can see some uncommon cultivated plants as lentil, common buckwheat, artichoke, safflower here.
Monocots are located to the right of the main entrance. They are situated according to their geographical distribution. The plants from Europe and Asia Minor are planted along the entrance pathway, these plants from Asia Interior can be found next to the Succulents´ greenhouse, plants from Eastern Asia are growing in the centre and the North-American plants can be found next to the wall. Plants from Africa and South America are in the bottom of the hollow, which is the warmest spot in the garden.
Most of ornamental monocots that can grow in our climate are bulbous and tuberous plants as tulips, daffodils, crocuses, snowdrops.
They bloom pompously in spring, but do not attract your eye in summer or fall. Cultivars of hosta, day lily and iris are growing in the park and along the banks of the pond.

The Perennials’ Garden stretches in the depression along the old city wall in the western part of the Garden. Dry-loving plants inhabit the west-facing bank while the opposite slope is planted with tall perennials. A Caucasian corner is also designed here.
The Rock Garden or is located in the middle of the Garden and it occupies the slopes of an ancient fortification “St. George`s Bastion” and the bottom of the amphitheatre. This site was chosen by Prof. Nikolai Kuznetsov a hundred years ago. In extreme alpine conditions plants tend to develop cushion- or mat-like growth forms and tiny hairy or fleshy leaves. These adaptations allow plants to survive in the conditions of bittering wind, extreme fluctuation of the temperature and scorching sun. Many plants have large and colourful flowers to attract pollinating insects. The Peat Garden can be found on the northern slope. Its terraces formed of peat blocks and stone are planted with shadow and acid soil plants.

The Rose Garden displays 230 varieties of cultivated roses from the most important cultivar groups. It is situated in the eastern part of the Garden. In July and August, the Rose Garden gives memorable impressions with its bright colours and delicate fragrance of flowers. The Arboretum covers the biggest area in the Garden and contains species of woody plants from different temperate regions of the world. The trees and shrubs from Europe are growing on the banks of the ancient bastion. The collection from East-Asia is behind the greenhouses. The trees and shrubs from North-America can be found in the western corner of the Garden. The East-Asian area is rich in species, we can find old and stately maples, walnuts and cork trees. The ground layer abounds in blooming squills, pileworts, and figworts in April.

Conservatories.
The Palm House is the highest (22 m) in the Baltic countries. It is possible to grow plants in soil there. The highest palm is the Washingtonia (15 m in height) and the oldest palm is Canary date palm (90 years old). There is gorgeous liana bougainvillea climbing along the balcony. On the hot sunny side of the balcony we can find agaves, aloes, spurges and other succulent plants. In the middle of the house an epiphyte tree is exposed - a trunk burdened with bromeliads and cacti displaying a typical rain forest habitat. Under the bananas, several aquariums for fish and tortoises have found their place.
The Subtropical House displays evergreen plants from Mediterranean area, Australia and New Zealand. It is possible to examine subtropical fruit, spice and oil trees. Ferns are growing along the back wall.
The Succulent’s House exposes plants which have adapted to survive in very dry, sunny and windy sites. Succulents can live for long periods without any rain as their leaves are fat and covered with protecting wax or hair. Typically they have reduced their leaves to spines and the plant cortex is very thick and fissured.

The Botanical Garden of the University of Tartu was founded in 1803, near what is now the Vanemuine Old Theatre House. In 1806 the garden was relocated to more suitable site, on the ruins of the ancient city wall and fortifications near the river and ponds. The first director of the Garden was Prof. Gottfried Albrecht Germann and the first chief gardener in duty was Johann Anton Weinmann. The first master plan of the Garden was made by Weinmann and it serves till nowadays. In 1811 Prof. Carl Friedrich Ledebour was nominated the director. Under his active leadership, the collections of the Garden were enriched by many new species, collected from Siberia and other unexplored regions of the Russian Empire, and firstly described by Ledebour. Most of them reached Western Europe via our Garden. Many other famous botanists and his successors as Ernest Rudolf Trautvetter, Karl Johan Maximowicz, Alexander Georg von Bunge, Edmund August Friedrich Russow, Nikolai Kuznetsov, Theodor Lippmaa have contributed to the development of this marvellous Garden. The Garden contains several monuments gratefully reviving the memory of our forerunners’ contribution.

Botanical Gardens Of The University Of Tartu / Gallery 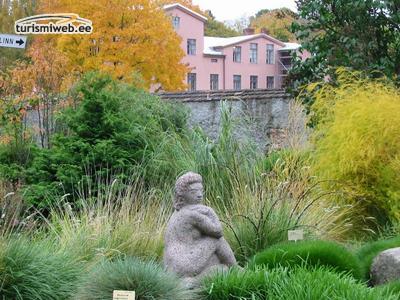 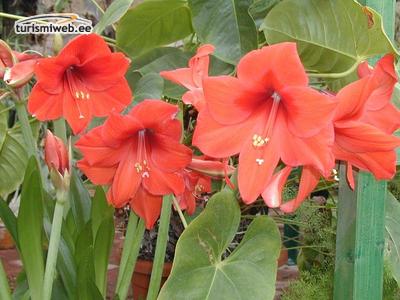 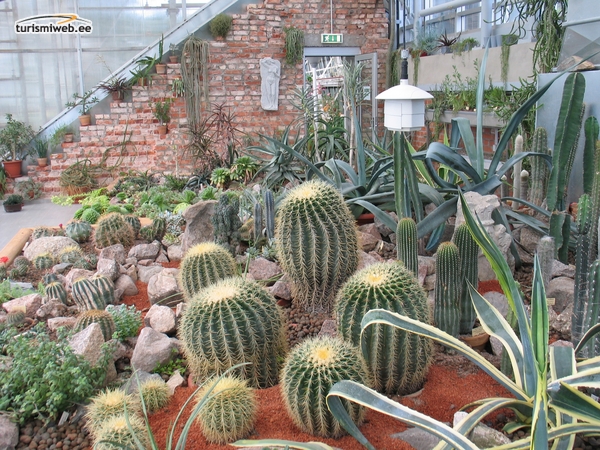 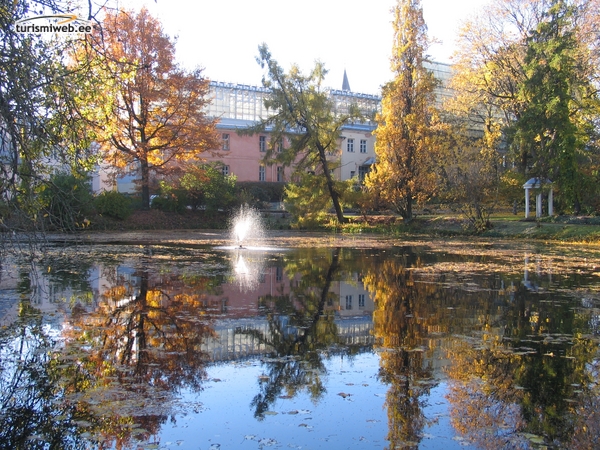 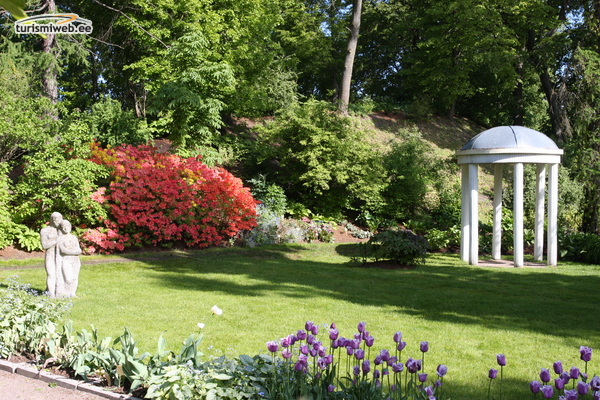 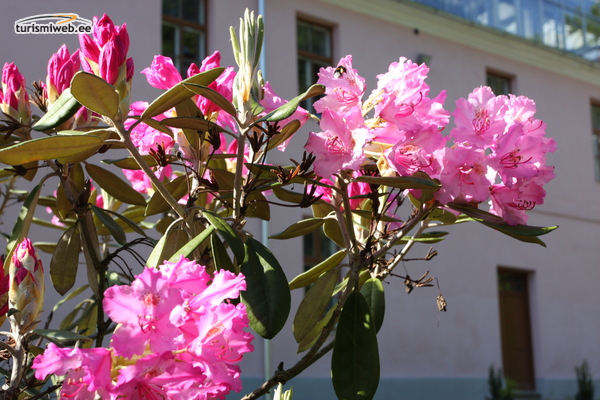 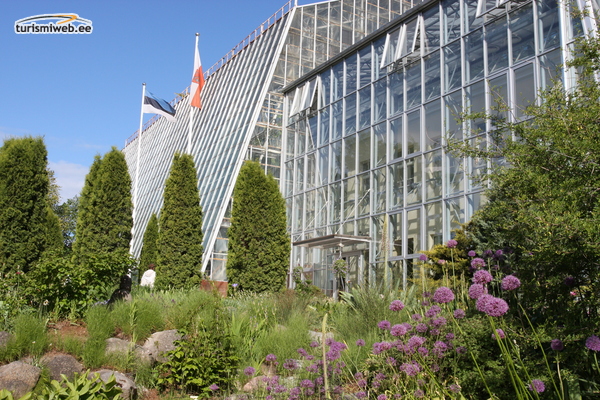 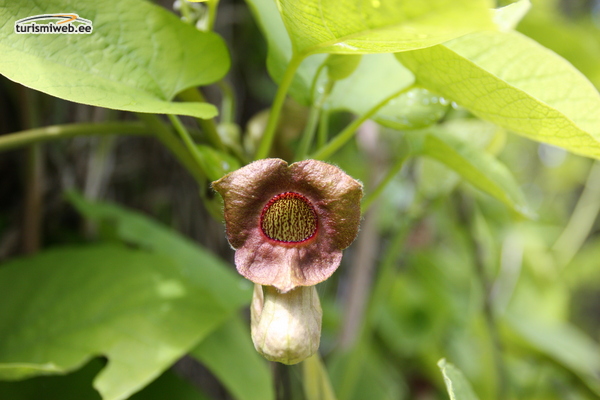 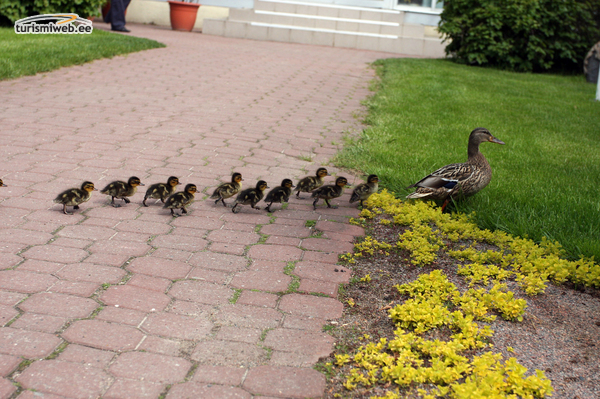 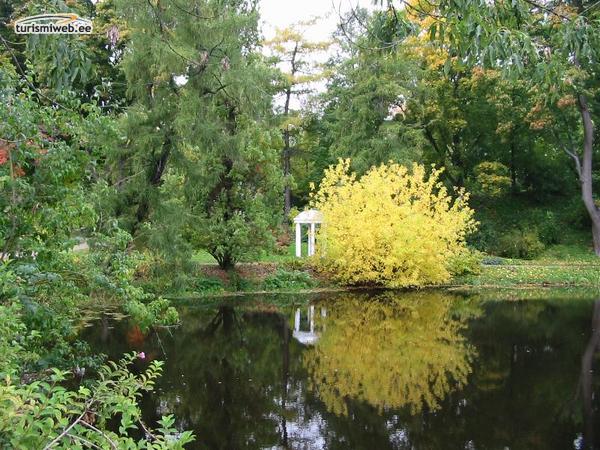