At the end of the 13th century Tartu, having signed the Hansa Treaty with Lübeck and Wisby, quickly gained an influential position in the Hanseatic League. Being the central transit town of Livonia, Tartu controlled the Pskov-Novgorod trade route and together with Tallinn and Riga gave instructions to organise Livonia cities' assemblies.'

At present, our Hansa Hotel offers you a stay with the hints from the past in the suites named after Hansa towns. If you visit us in June, you could participate in Hansetage held in the town. While sitting in our Hansahof and grilling meat, you could sense the River Emajõgi flowing just a stone's throw from out hotel and imagine how the ships, called Hansecoggen, heavily loaded with furs, wax, and honey, pass you by.

When the sun starts setting and the cargo ships land, samples of the goods are taken to be convinced yet again that Hansa merchants are honest and keep their word, they won't trade in low-quality merchandise. A dignified oldermann might join your company and, after a delicious meal and a mug of fizzy beer, tell you about the Hansa town governing and its court practice.

Here you'll realize how profitable it was for a town to be a member of the Hanseatic League. it brought money and freedom to travel to and trade in other Hansa towns. A Hanseatic town was exemped from taxes, got custom discounts, and was saved from violence that accompanied the right of salvage.

Once this excisting past starts wearing you out, you can have a stimulative bath in our sauna, built from smoke-impregnated logs, taste Estonian cuisine in Hansatall and then go discover the Hansa town at night.

A few hundred yards towards the town centre, you'll find an exotic night-club Pattaya, where the party on the three floors lasts till early morning hours.

In the end, you will close the door of the Lübeck, Rostock, Wisby, Bergen, or Stralsund suite nehind you and have a good night's sleep. The war that has been going on for 30 years between the archbishop of Riga and the Teutonic Order will not disturb you because Hansa protects and rules.

Just as it was profitable for a town to be a member of the Hanseatic League, you will profit from the stay in our hotel. It saves you money and gives you freedom to travel both in the old Hansa town Tartu as well as in South-Estonia with our assistance. In Hansa Hotel, you are exemt from additional taxes and get several discounts. You will have an exciting, but safe stay here.

Join Hansa, and we will protect your interests! 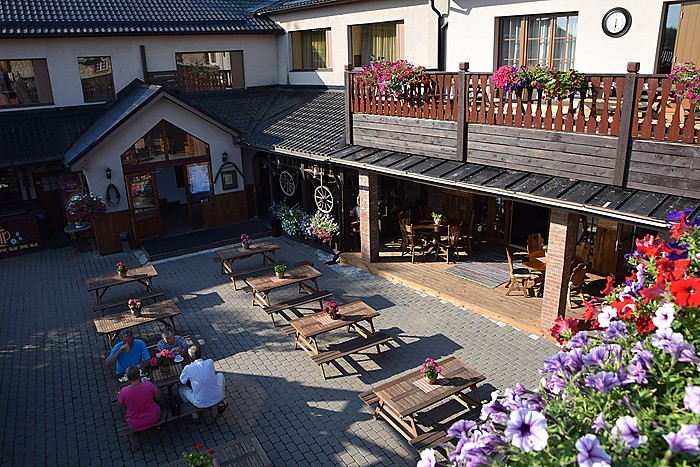 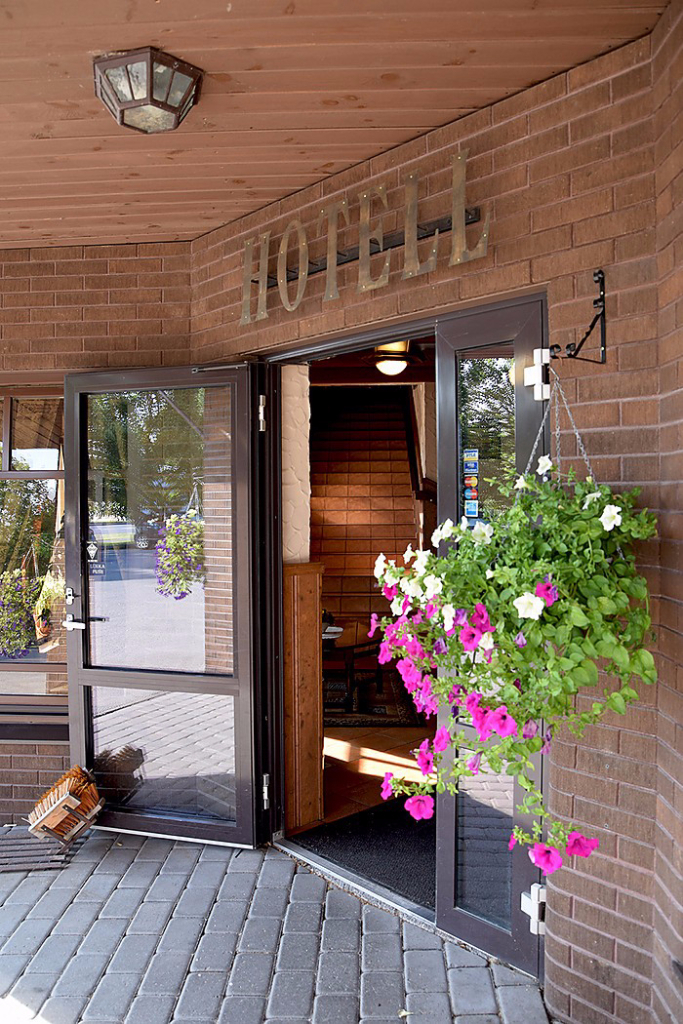 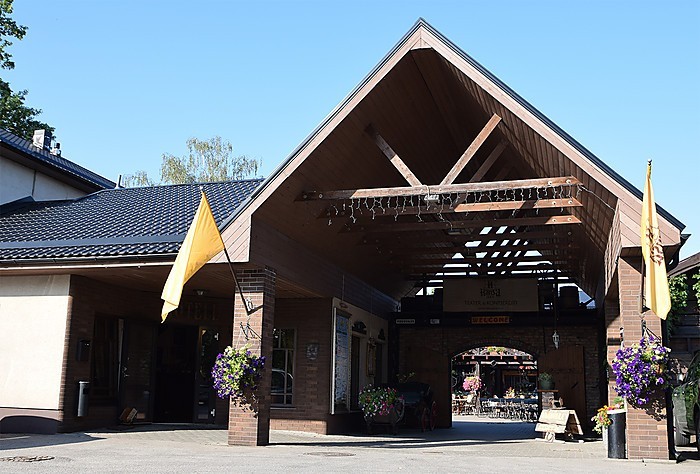 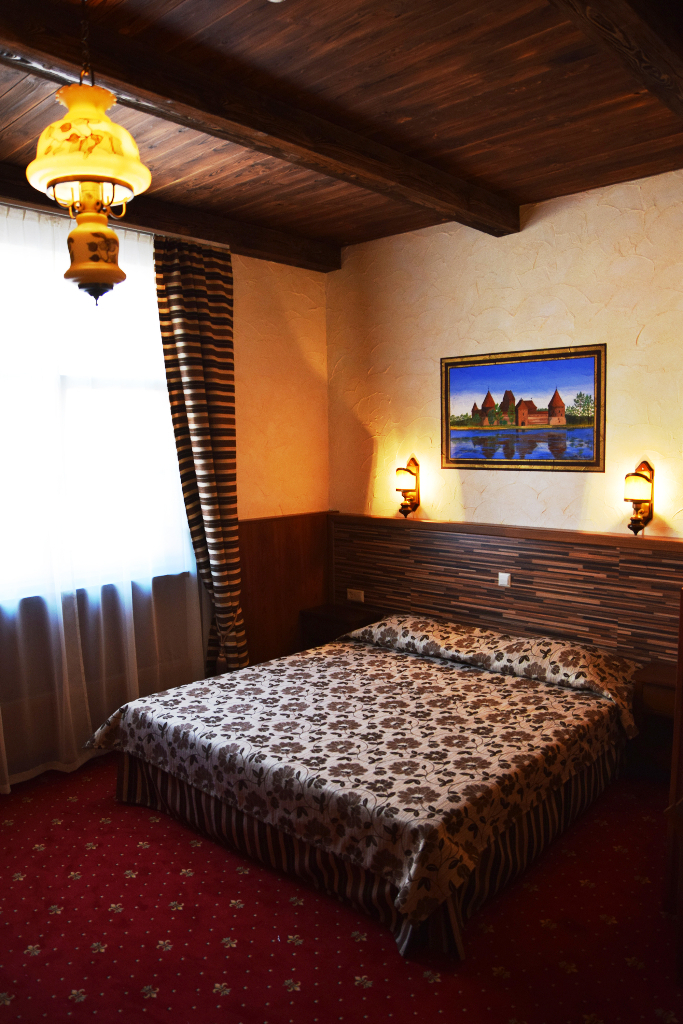 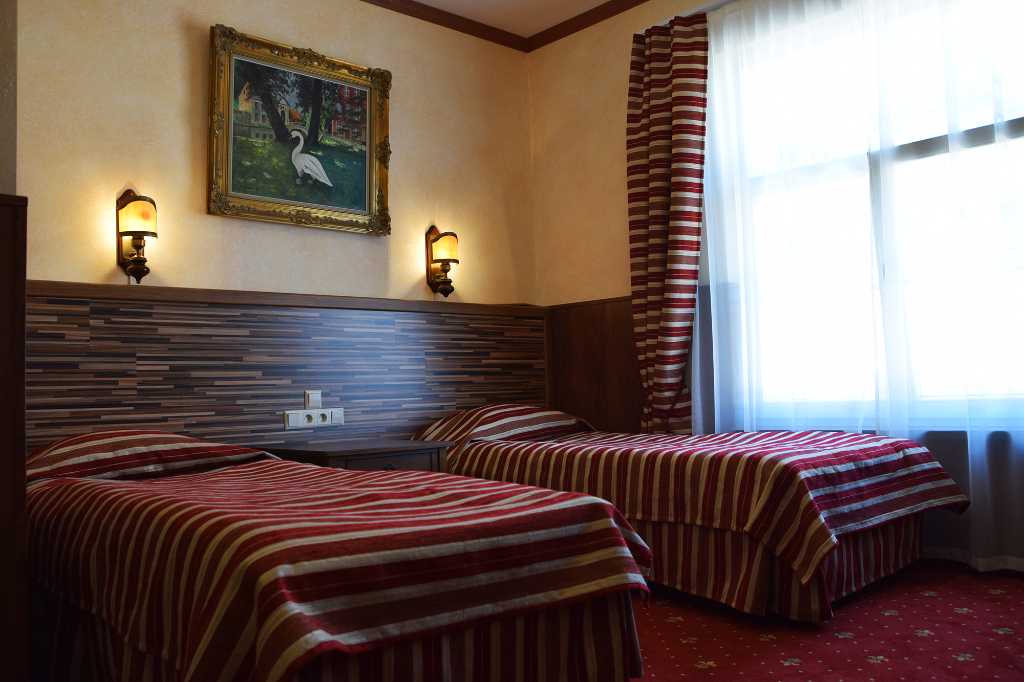 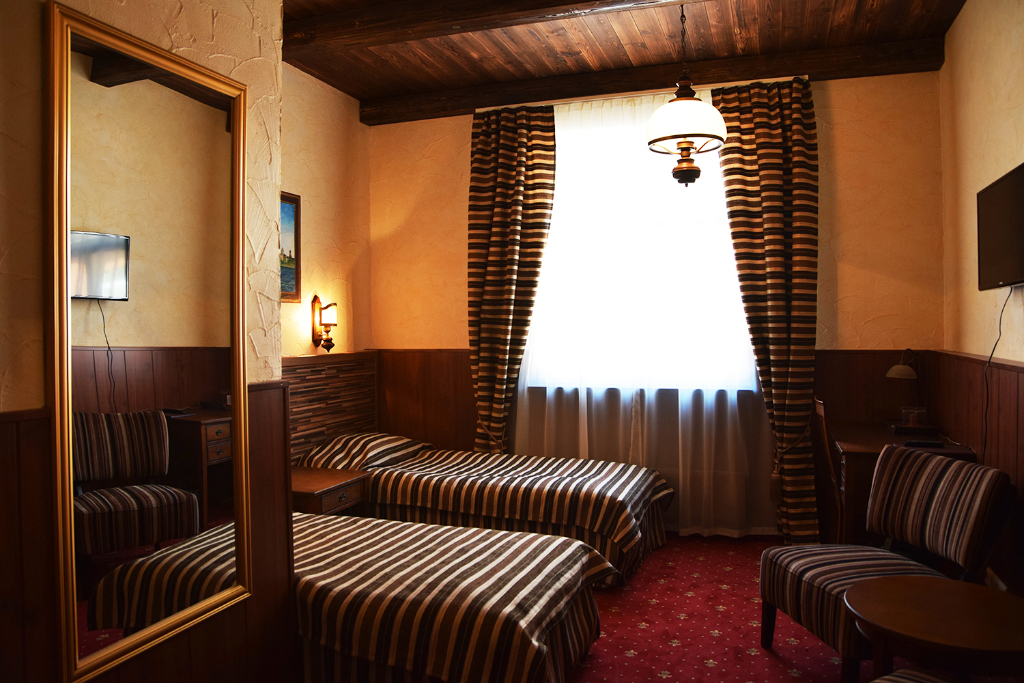 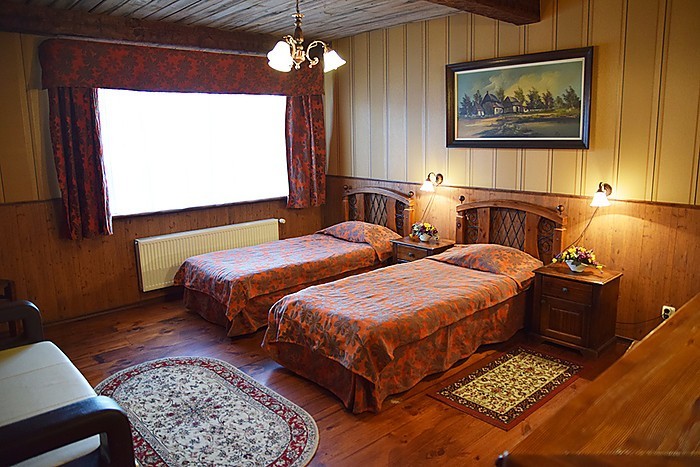 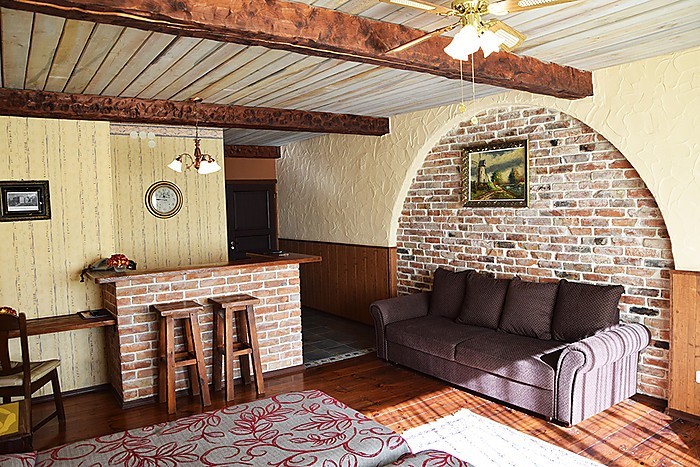 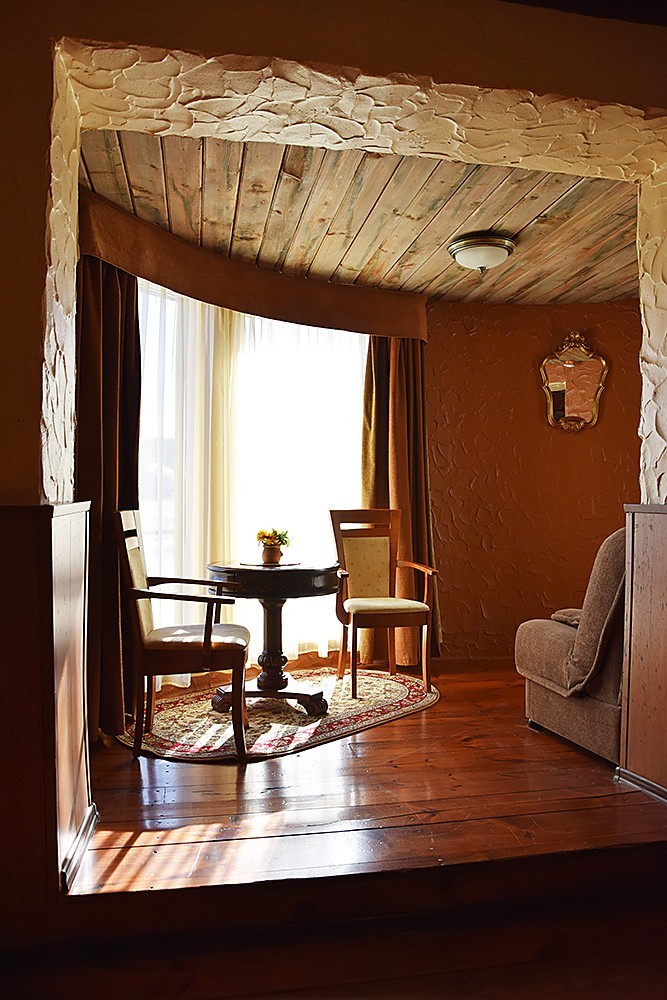 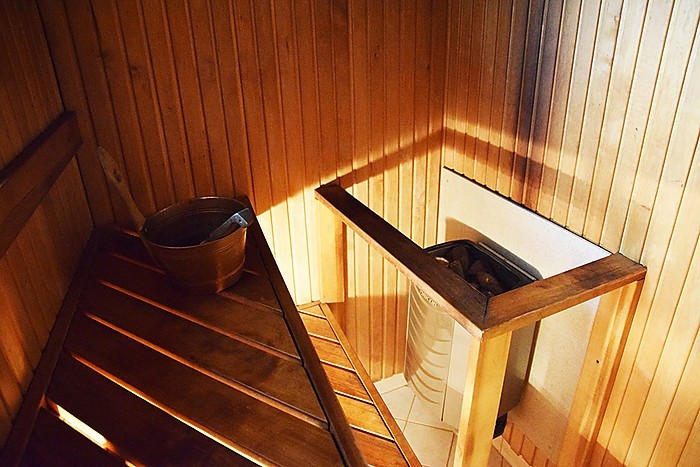 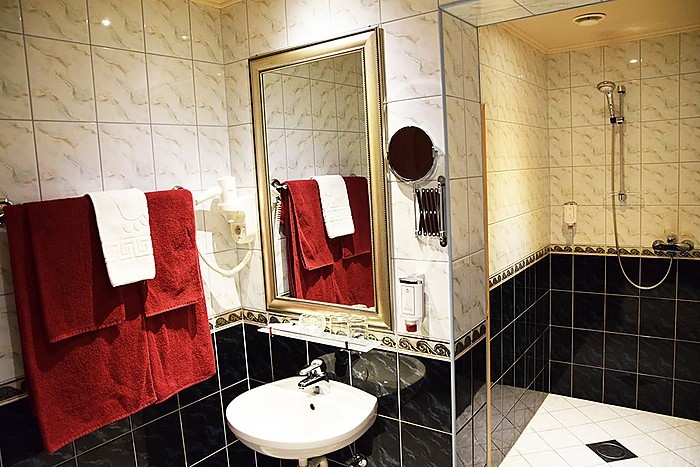 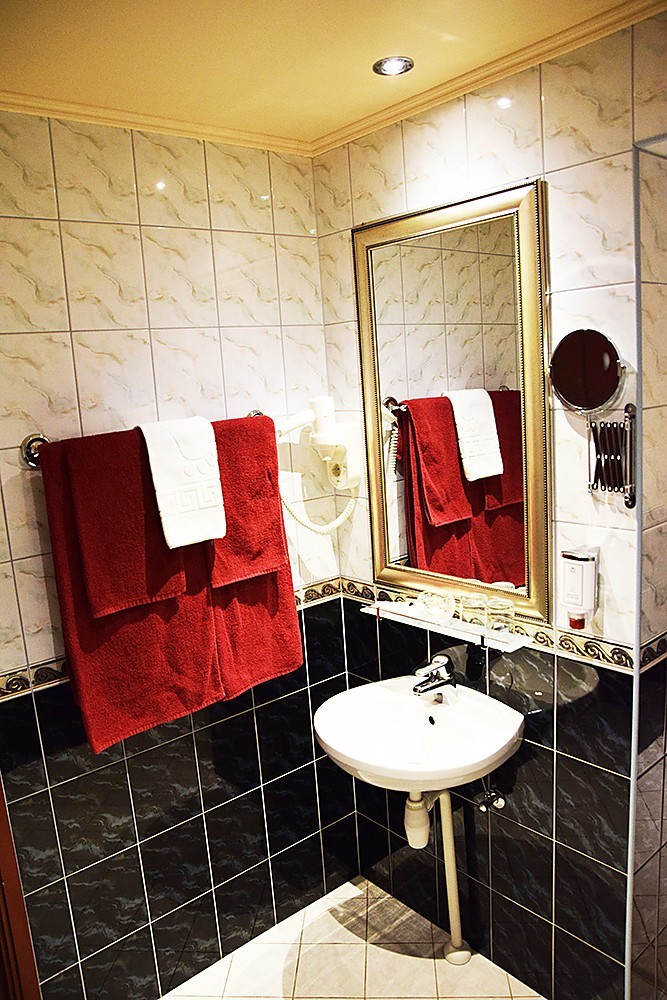 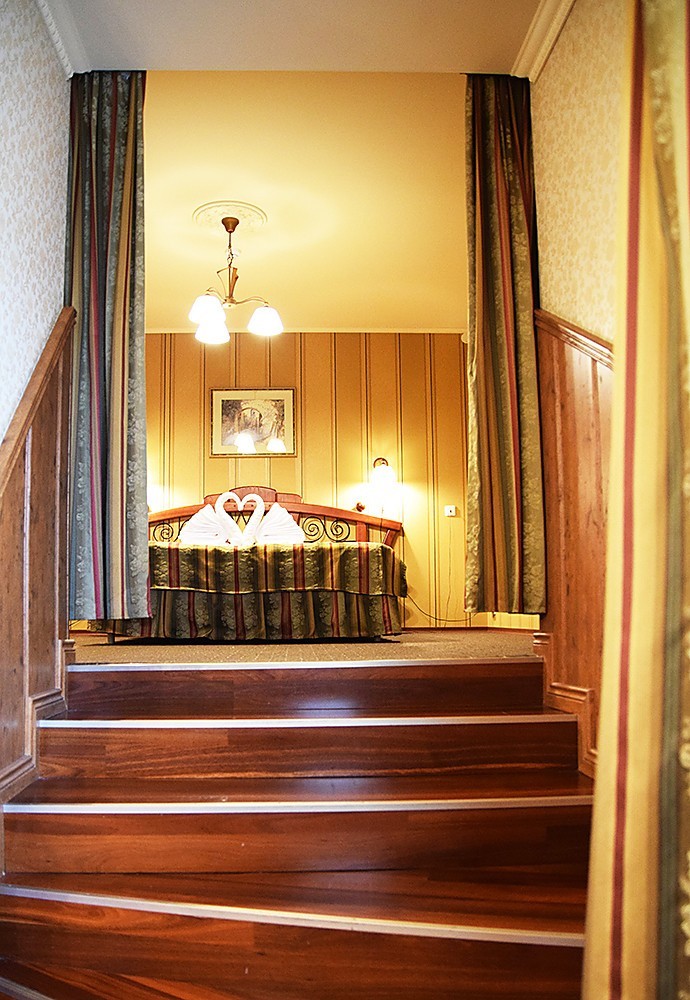 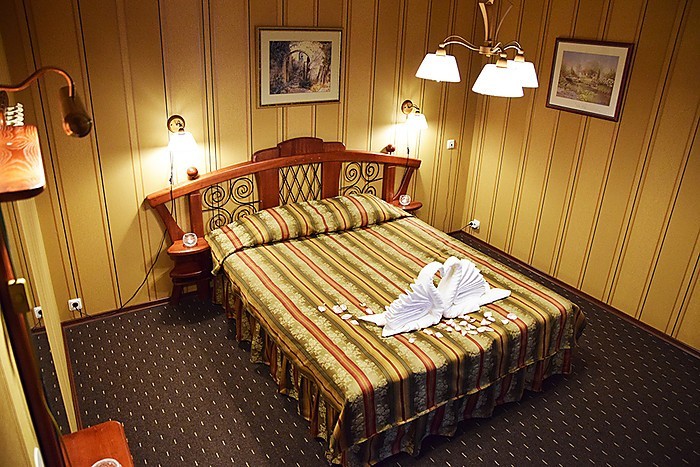 Stay at Hansa Hotel in Tartu for EEK 888/EUR 56,74 in February the Valentine's Month Package includes: * Accommodation in a double/twin room for two persons for 1 night * A bottle of sparkling wine, chocolates, a rose in the room upon...read more

Hotel Of The Vocational Education Centre Of Tartu