The Järvere Manor was built as an auxiliary facility for the Sõmerpalu Manor on the shore of Lake Vagula in 1766. The German name for the manor was Jerwen. The Järvere Manor was founded by Friedrich Alexander von Möller, the Sõmerpalu Manor owner and Doctor of Philosophy.
This small mansion was built in the historicist style and its mansard roof is indicative of the Neo-Baroque trend. The manors of Sõmerpalu and Järvere used to be separated by the park that had been created in 1830 and could in its prime boast some 200 various tree and bush species.
During the Soviet time the manor housed the Võru Forestry Centre. The neighbouring buildings were repaired and rebuilt in 1993 and now the manor belongs to the Sõmerpalu Rural Municipality Government. 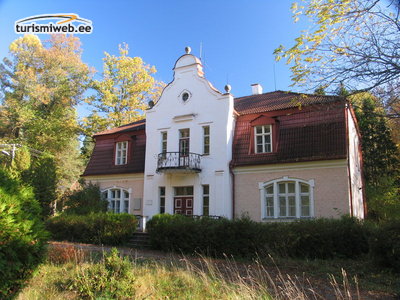