Few kilometers from Kuressaare is a little place named Pähkla. Since good old times it has been famous for it’s springs with pure water and miraculous effects. The best-known of them is surely Pühatu (Põhjatu- Bottomless) about which several legends talk. Years ago fish were started to be grown in the waters of the spring and their pure taste is well known even today. The pure taste of the trout raised in Pähkla has been acknowledged by fish breeders from all over Estonia. Now anyone can catch and taste the trout grown in those pure waters. All it takes is to drive there and try your fishing luck in the pond of the former Pähkla state manor’s vodka factory. The well that feeds the pond gets its waters from deep underground, where also the local lambent springs start from. Although nothing is left from the old vodka factory building, the great slate cellar is still there. Onto the foundation of the vodka kitchen a new building has been raised, where the final touch is given to the caught fish and other tasty meals are prepared. The fish is served without excessive seasoning- only some salt and fresh till is used, or if wished, honey or cheese. The shady terrace gives protection from both the blazing sun and the drizzling rain. There is plenty to do on the big yard for the kids. And plenty of people fit behind the big ash tree table.

We cater for parties and funeral for up to 60 people in the Pähkla Cellar all year round. 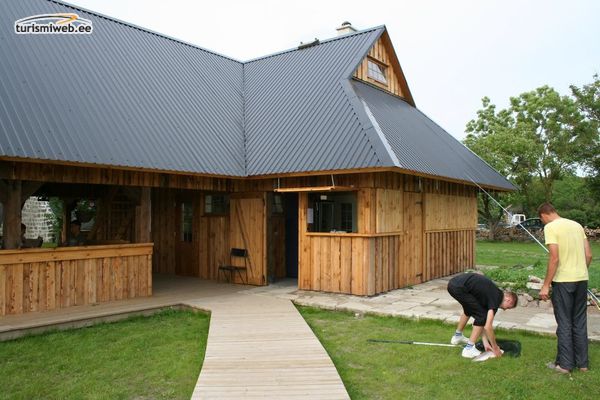 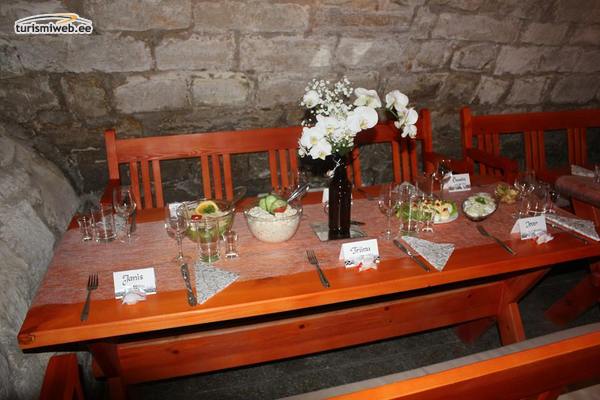 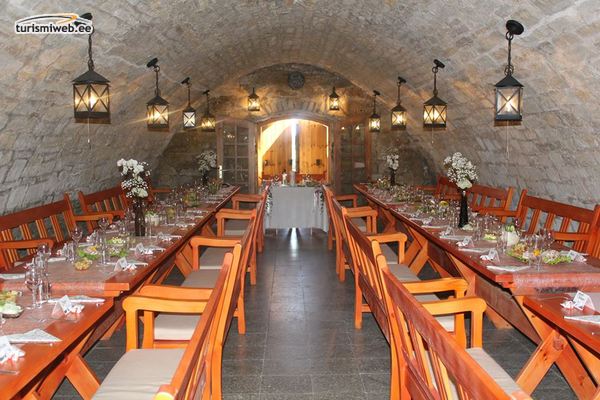 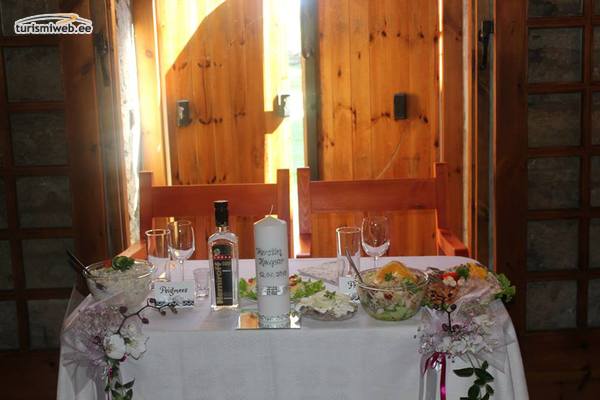 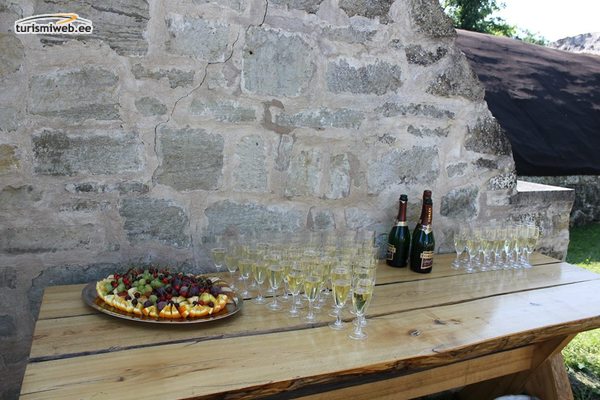 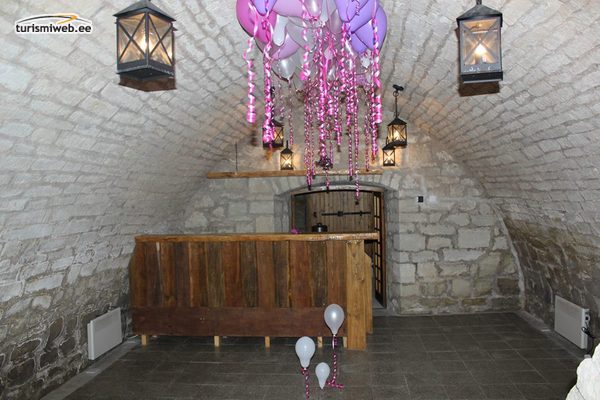 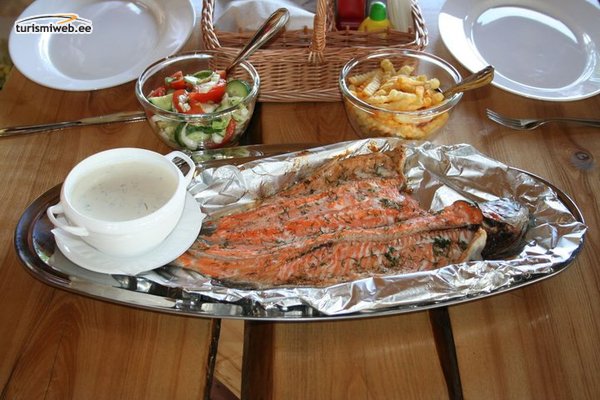 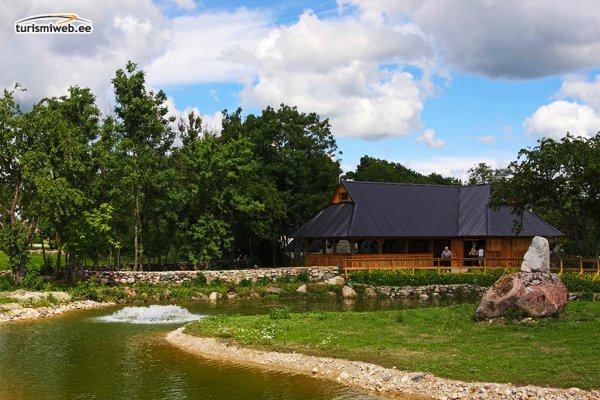 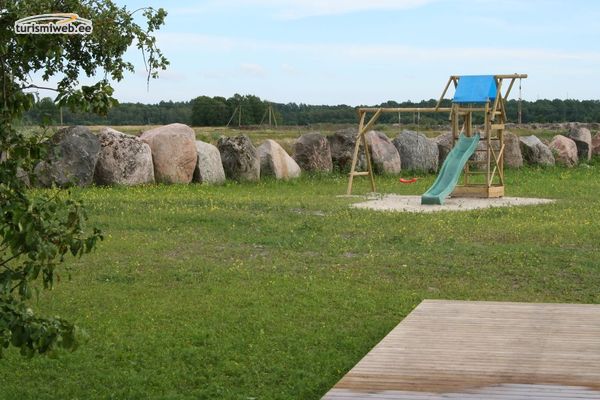 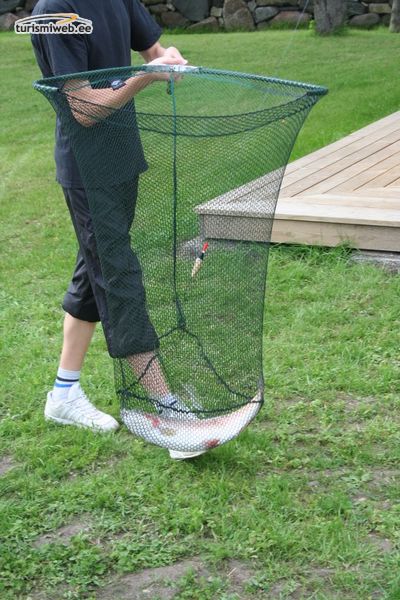 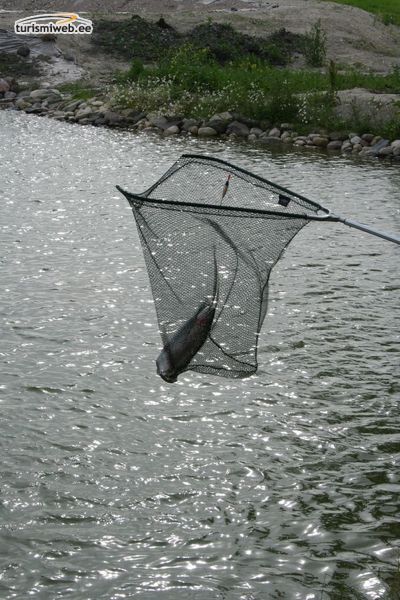 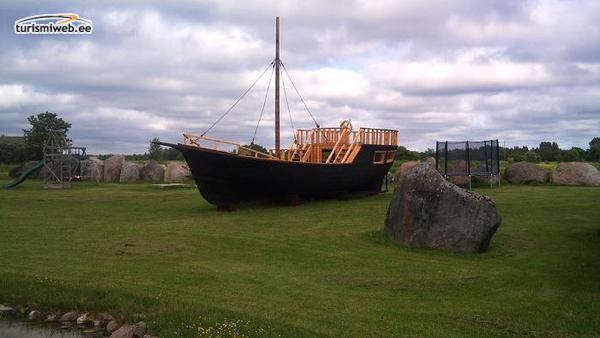