Stanislaus Rogosinsky built a small, probably wooden, centre of a manorial estate on the place of an old castle or medieval settlement.
From 1629 to 1776 the manor belonged to the family of Hermann von Liepsdorff, who was a royal assessor in Tartu and later the rector of a gymnasium in Berlin. The audit of 1638 said that the estate of the Liepsdorff family consisted of wooden buildings and that there were no funds for building new farms to provide for the manor. This is understandable as a war had just ended and the land was impoverished.
By the middle of the century the hardships had been overcome and this enabled the building of a baroque quadrangular castle-like manor house with a closed courtyard in Rogosinsky.
In 1776 the manor went to the Glasenapp family as the dowry of the Liepsdorff`s daughter. The only pictures left of the manor house are the watercolours painted by Joh. Chr. Brotze at the end of the 18th or the beginning of the 19th century and they are the main sources of information about the building history of Rogosi. The general impression is similar to what we can see today. The ground plan of the manor house is quadrangular. The main building is situated next to the lake and the entrance into the courtyard is through a gate tower.
Behind the house was a French park with trimmed lime trees sloping in terraces down towards the lake. Further away, around the canals or ponds, was a nature park, surrounded by a stone wall. On the southern side of the estate was the orchard. The ground of the courtyard was level, but is rising now.
In the first half of the 19th century the main building was completely rebuilt.
The new building was considerably more spacious and imposing than the old one. Historians think that the old division of rooms was preserved.
During the building of the new main house all other buildings and the wall were restored, the courtyard and the park were tidied up and new ponds were dug. The gate tower was built at the end of the 19th century.
The whole set of buildings is characterized by simplicity. The essential qualities are a sense of symmetry characteristic of Renaissance architecture and the composition focussed on the central axis.
Rogosi manor was nationalized in 1918/20. The son of the manor´s owner, Guido von Glasenapp, was given a farm at the heart of the estate for his services in the Estonian War of Independence. The farm was called new Rogosinsky. He built a house and utility buildings and went to live there in 1926/29. The manor house remained completely empty, it was wrecked and plundered.
In 1930 compulsory school attendance was extended to six years and that created a demand for bigger schools. The municipal council decided that the manor should be renovated and turned into a school. In 1934, Pütsepa Primary School moved in. The renovations involved the replacement of the old stone roof, repairs of the windows, doors and floors. The old winding staircase was replaced with the present staircase to the first floor.
In October 28, 1934, the schoolhouse was inaugurated. The headmaster was Viktor Sterling. The doors and windows were changed in 1970. 1978 saw extensive repairs. The house got new asbestos roofing and the walls and ceilings were reinforced. In 1986 the state farm offices moved out of the annex and after refurbishing those rooms were turned into classrooms. The façade of the building was also renovated.
The restoration of the manor began in 1989 and lasted until 1991. In the summer of 1990 the son of the former owner of the manor, Otto von Glasenapp, visited his father´s house with his children and their spouses. 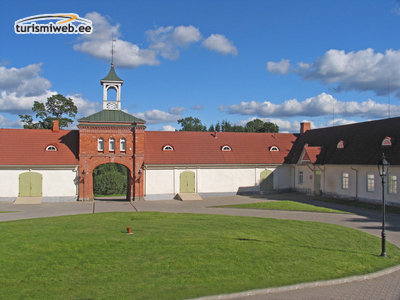 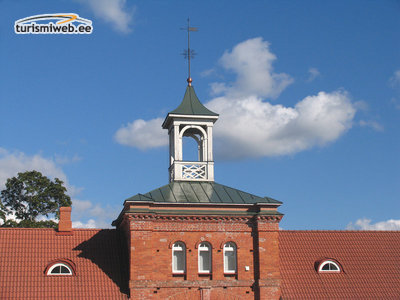 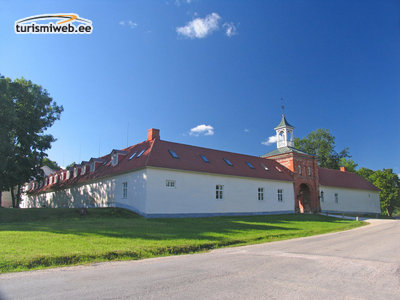 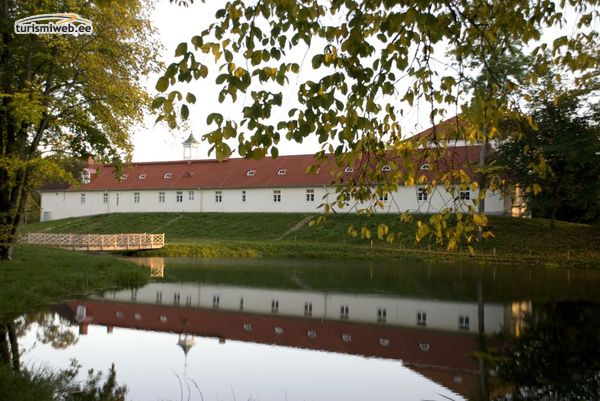 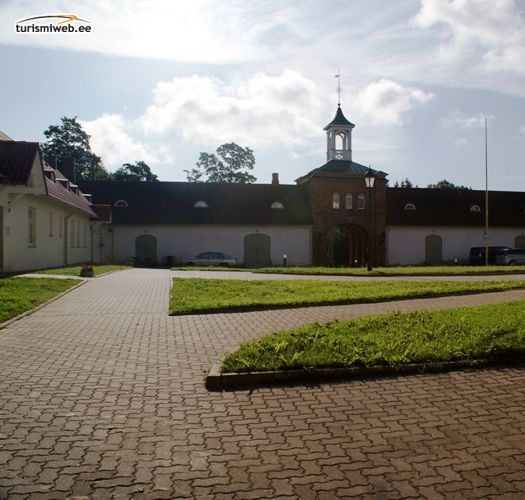 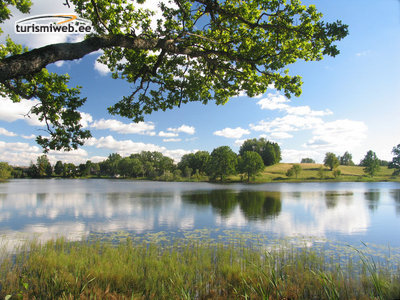 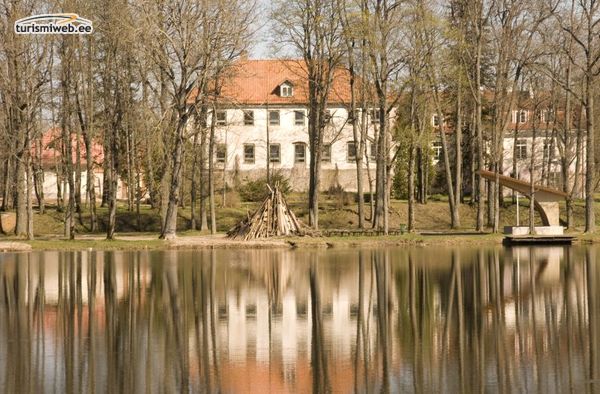 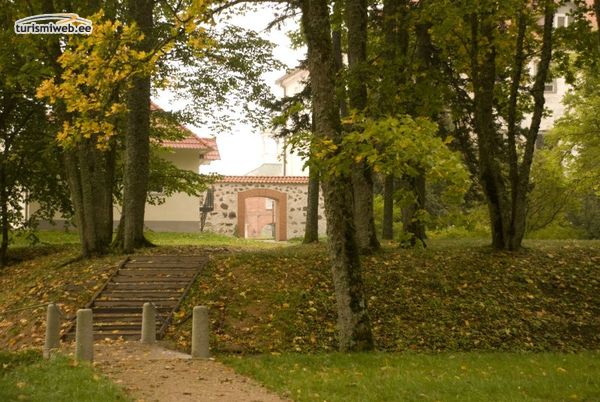 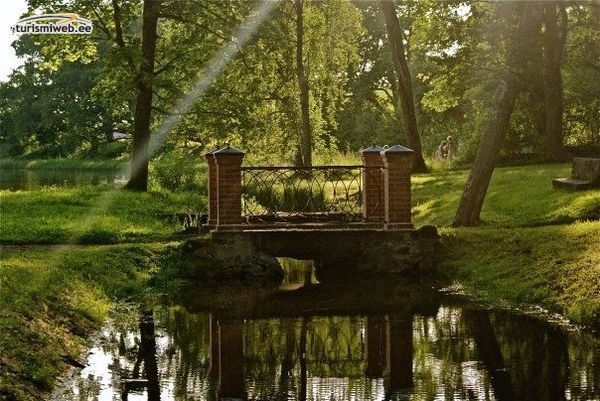 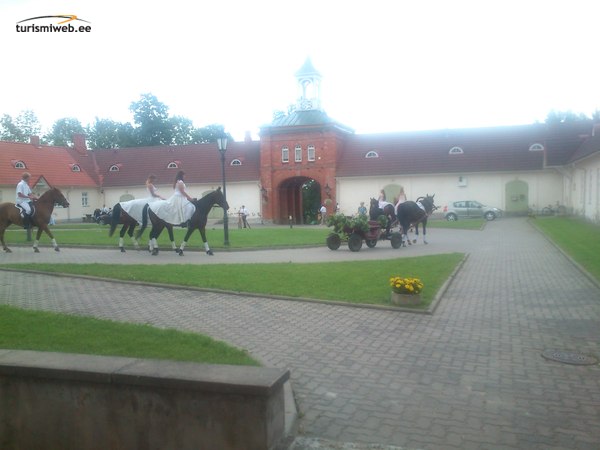 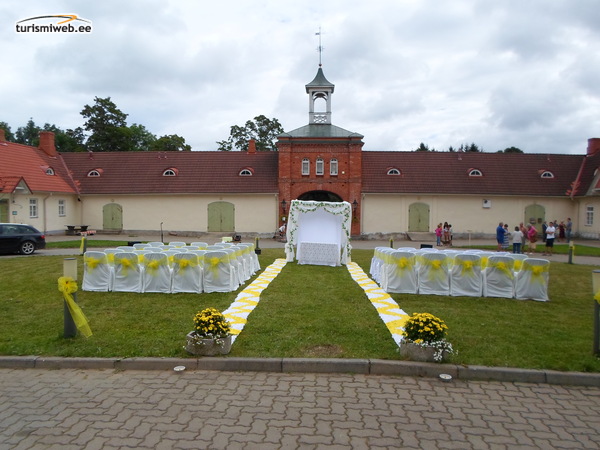 Sorcerer’s Kingdom in the Primeval Valley of Lake Uhtjärv