Lüganuse church is eye catching with its unusually shaped cylinder tower with its high sharp pointed spire. The church is consecrated to John the Baptist and popularly known as St. Johns or Jaani church. The exterior of the church features many interesting details.
The church is situated on a triangular peninsula between two rivers that merge into the Purtse River. It is assumed that the first church on the site was already built at the end of the 13th or beginning of the 14th century. The founders of the church were the ancestors of the Lüggenhusen family, explaining the origin of the name of the place.

The first building was plain and simple following the traditions of the Dominican monks – just a simple hall without vaults or tower. The gables of the building are decorated with inscribed crosses and gothic texts. The decoration is unique in Estonia and refers to the example of North German churches. In the beginning of the 15th century, the masters from Tallinn vaulted the church and created a two aisled interior. The vaults were destroyed in the Livonian war, in the 16th century, and the church has had a plain ceiling ever since. The choir and vestry were added in the middle of the 15th century, and these were vaulted from the very beginning. The peculiar tower – rectangular at the base and cylindrical in the upper part – is from the same time period. The tower has seven floors within it.
The church suffered in many wars but was left surprisingly untouched in the Northern War; where, Russians usually set fire to everything that happened to be along their way. In the Second World War, the church caught fire and the entire historical interior was burnt to ashes. The congregation restored the church by 1951, but the spire got its unique shape in 1987.
From the historical point of view it is worth mentioning that, in 1788-95, the linguist and writer Otto Wilhelm Masing was the pastor of the Lüganuse church. Masing is the inventor of the peculiar letter Õ in the Estonian language. While in Lüganuse he was a dedicated fighter against the low moral of the locals (trying to get rid of excessive drinking, stealing and superstitions). 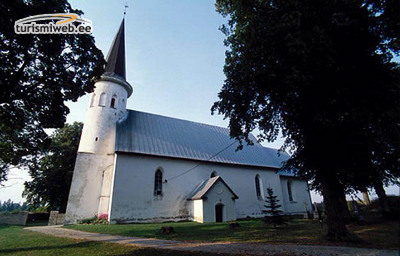 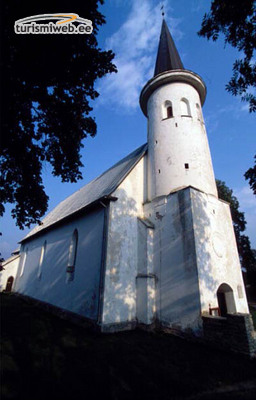 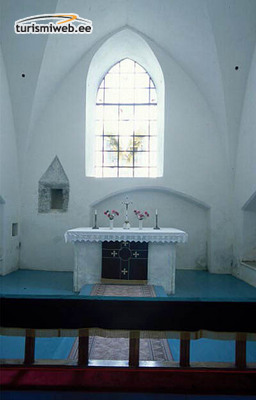 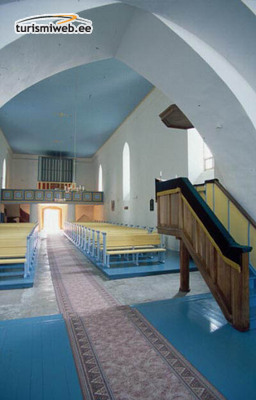 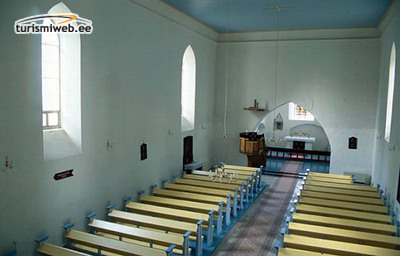 Orthodox Church Of The Resurrection Of Our Lord In Narva