First stone church in Rõuge was built in the 16th century at the cost of landlord Kursel, who donated also land for the church. All life aggregated around the church; here was founded school, inn, graveyard, and chemist with doctor, shop etc. First minister was Cristiern Henrici (1626-1627), who was followed by Kaspar Lessias (1633-1657).
After the Great Nothern War a new church was built in 1730 in the place of the old one, which was lower than the existing building without arches, choir room and vestry but had massive foursquare tower. On the 15th of August 1730 the church was inaugurated to the Virgin Mary.
In 1854 church got new organ (previous was tenanted in 1836) and altarpiece by R. v. Mühlen called "Jesus Christ on the Cross". In 1860 church was thoroughly renovated. The walls were heightened and the church was covered with mirror arch. There have been further renovations, most important and profound of those was completed in 1924. In 1930 old organ was replaced with a new 31-register organ made by the Kriisa brothers. The Kriisa brothers themselves also originate from near Rõuge, from the village of Kokemäe.
Three generations of Hollmann`s have been ministers in Rõuge: Rudolf G. Hollmann (1844-1858), Friedrich A. Hollmann (1859-1873) and Franz Hollmann (1902-1918). Friedrich Hollmann also compiled the design of Rõuge`s parish school and school program and also opened the school. First Estonian minister in Rõuge was Rudolf Gottfried Kallas (1886-1901). During the office of minister Valter Viks (1922-1936) pastor`s mansion was renovated and Liberation War monument inaugurated. 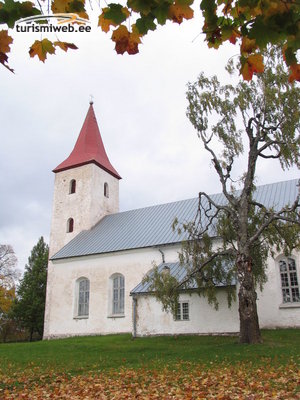 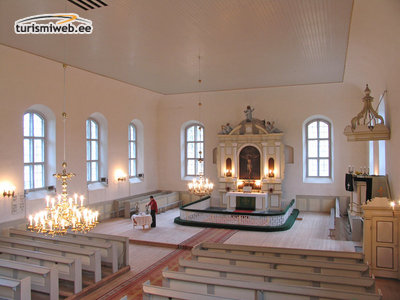 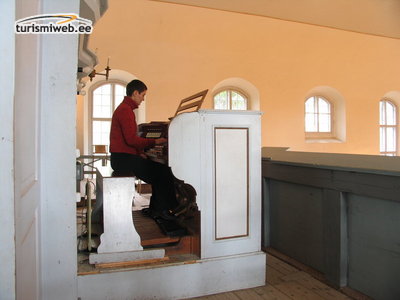 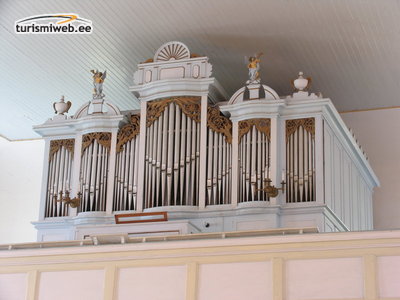