Ridala church, consecrated to Mary Magdalene, is of high historic importance and one of the oldest in Lääne County.
The archaic sanctuary does not have a high aspiring tower but is, nevertheless, eye-catching and inviting. The low tower is hard to spot from sides other than the southern one.
The church was probably built in 1265-70. Archaeological excavations have proven that the church was built on a burial and sacral site of the old Estonians. The church is a typical single-nave church comprising of a hall and choir. The measurements of the church follow the numeric principles of the Cistercian monks. The length of the outer eastern wall is 33 feet and the inner length of the hall is double the same measure. A staircase leads from the vestry to the vaults of the choir. In the staircase gallery there is a small window opening to the altar.
The bell tower is found in an unusual place (the southern side of the building), and together with the helmet it does not reach higher than the rooftop. Legends tell that the tower was deliberately left low so as not to mislead the ships on the sea. The other legend says that the Devil, who was annoyed by the Christian services, started throwing stones at the church and destroyed the tower.
The western portal has retained its original appearance. The stone carving is influenced by Gothic and Roman styles. The decorative gable has a recess with a statue of Mary Magdalene who holds a container of ointment in her hand. The statue has also been interpreted as Jesus Christ showing his wounds to Doubting Thomas.
The stone top surface of the altar, mensa, is from the Medieval Ages. The altar wall is carved by Berent Lorenz from Tallinn in the 17th century. The pulpit is the oldest wooden item in the church, made in the workshop of Elert Thiele in 1656.
In the northern end of the western wall there is a rectangular alcove that might have been the symbolic grave of Christ. The western vaults are now wooden. The original stone vaults crumbled when the church sank a little in the 18th century. The vault was restored in the 19th century.
The paintings of the choir are by a 14th century master from Gotland, Sweden. The painting on the top of the arch is dated to the 15th century. The Latin inscription SUM refers to the words of God when he said to Moses that I am who I am.
The church has luckily been untouched by fires and wars, and the roof tiles still bear the signs of the old masters.
The patron saint of the church is Mary Magdalene, the saint of the penitent sinners, converts and the contemplative. The choice of the saint is related to the location of Ridala church as an important route for pilgrimage. There are a few massive penitence crosses in the churchyard. 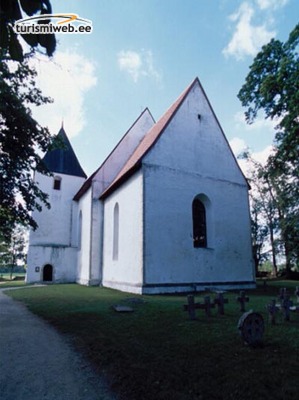 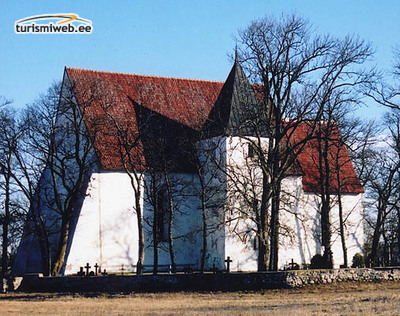 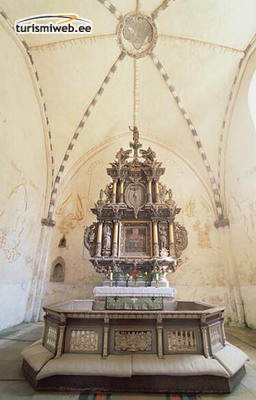 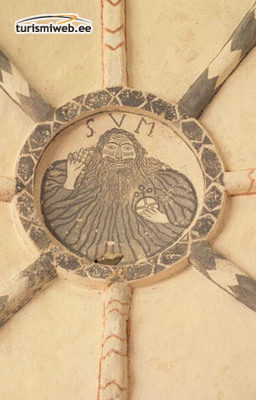 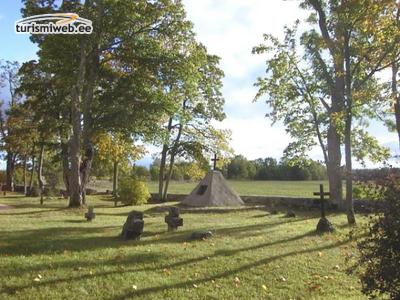