A 4-day holiday in search flocks of Steller´s Eider in their wintering grounds and other wintering specialities of West-Estonia.

The most dangered seaduck in Europe, Steller`s Eider, is good reason to visit Estonia even in the winter time. The coast of our biggest island, Saaremaa, is the most important wintering area for Steller`s Eider around the Baltic Sea. These eye-catching birds arrive in December and leave around the beginning of April. The best time to observe Steller`s Eider is January and February when congregations may reach 1000 birds or even more.

NB! The beginning of winter offers good opportunities to observe Owls. A low number of rodents has forced Ural Owls to hunt during the daytime. Also with few rodents to the north, Estonia can expect a bigger invasion of Hawk Owls this winter. In October Hawk Owls have already been spotted in West-Estonia! The best time to observe owls is January-February.

A 4-day holiday amongst unique, untouched nature with winding rivers, vast floodplains, mires, bogs and primeval forests in South-Estonia, where we will search for Beavers and enjoy birdwatching as well.

We will be delighted to present you a totally new opportunity in Estonia from the year 2009 – the Beaver safaries lead by top specialist of semi-aquatic mammals in Estonia, Remek Meel. „In my further career, whether working at science and monitoring, photographing or filming or lecturing on wildlife and setting out study programmes, all my work has been related to semi-aquatic mammals. There is nothing better than spending an evening with beavers and focusing on the world of this mysterious mammal which lives half of its time in water and the other half on land. This is real therapy!“, Remek said.

Estonian forests and woodlands are well-known in Europe for its number of semi-aquatic mammals. Almost 20 000 Beavers and 2000 saarmast are beyond doubt an additional value for the small territory. Beavers are more than intriguing and sensitive animals with flat tails and lustrous fur. American Indians called the beaver the "sacred center" of the land because this species creates rich habitats for other mammals, fish, turtles, frogs, birds and ducks. Since beavers prefer to dam streams in shallow winding rivers and primeval forests, much of the flooded area becomes wetlands. Such wetlands are cradles of life with biodiversity that can rival tropical rain forests.

Also, the water downstream of dams is cleaner and requires less treatment. The latter occurs because several feet of silt collect upstream of older beaver dams, and toxics, such as pesticides, are broken down in the wetlands that beavers create.

We should be pleased to have such a strong population of Beavers in Estonia.

Estonian Nature Tours presents to you a totally new opportunity in Estonia from the year 2011 – the 1-day trip in Matsalu National Park lead by local specialists. The trips will take place every Saturday 10am – 6pm during the period May – September. On location you can choose...read more 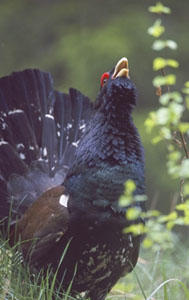 An 6-day holiday in search of owls, woodpeckers and other wintering and spring-time specialities of Estonia. Special offer until 15th February! SAVE 130 EUR! HOW TO BOOK... PRICE: 860...read more 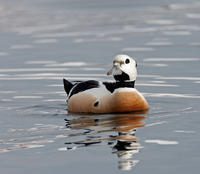 Welcome to the ENT „Winter 2011“ Newsletter. It is distributed to our professional co-operation partners, bird societies and magazines and also individual clients all over the world....read more

The 2010 Birdfair will take place in Rutland on 20, 21 & 22 August. This is the third time Estonian Nature Tours has participated in the bird tourism fair as an exhibitor. Estonia is a wonderful country with huge birdlist, friendly people...read more