We locate at the Pärnu county in the south-western part of Estonia, 17 km's from Pärnu to north-west in Lavassaare settlement between the bogs. There are three possibilities to reach us (look at the detailed map): - To go from Tallinn via Pärnu-Jaagupi and Vahenurme; - To go via Nurme and Jõõpre - To go from Pärnu via...

The emphasis on the development of dairying in Estonia increased considerably in the second half of the 19th century. It was decided to record the history of dairying in Estonia for future generations because both manufacturing and processing of milk have been of significant importance for the country. The Estonian Dairy...

Setomaa toursim cottage is located hard by the Meremäe hill. It is a nice and quiet place for a refreshing vacation. It is a good possibility to withdraw from the working stress to free nature. As the surroundings are quiet and peaceful (tranquil), you can often see wild animals wandering around the cottage, especially early...

The history of Sooääre farm , that was its oirignal name, dates back at least for 200 years. The oldest part of the cottage-cum threshing barn originates from the first half of XIX century, it's a threshing barn room with soilfloor and people used to live there and also dry crop in the autumn. Living room with chambers was...

In addition to the RMK (State Forest Management Centre) home page, this year you can also use our mobile app to find a suitable Christmas tree from one of the 145 suitable sites mapped in the...read more

EXHIBITION “SAYINGS ABOUT BREAD” From May 18 to Sept 28 on the territory and in the farmhouses of the museum An opportunity to discover the links between Estonian language and culture through...read more 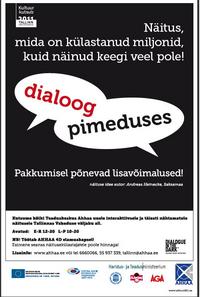 An odd exhibition is gaining renown throughout the world – one that has been visited by millions but which no one has ever seen. Created by German Andreas Heinecke, this immersive and personal...read more