Lühike jalg Street (the Short Leg) is a romantic staircase which already in the 13th century developed into an important link-way between the stronghold of Toompea (upper town) and the down-town area. Historical documents from 1542 mention a citizen’s house situated at the corner of Lühike jalg and Rüütli Street, together with the adjoining stone warehouses and a small building in Lühike jalg. Medieval dwelling houses were often joined in the course of reconstruction with secondary, probably lower buildings next to them. Therefore, the house at 3 Lühike jalg, belonging to no particular historical style, has also gone through several stages of construction, which can be seen on the ground plan of the house.

In the Middle Ages it is known to have housed workshops of coppersmiths and locksmiths. During the last few centuries the building served a dwelling house divided into apartments, at the beginning of the 20th century horses were shod in the inner court. The house was renovated in order to open the Adamson-Eric Museum, founded in 1984 after the artist’s widow had granted about a thousand works by Adamson-Eric to the Art Museum of Estonia.

The artist himself had no connection with the house at 3 Lühike jalg, therefore his biography is reflected only briefly. In the main exposition on the first floor his paintings, ceramics, artistic leatherwork, metal forms, jewellery and ceramic decorative plates are displayed. On the ground floor and also in the intimate inner court, exhibitions of fine and applied art are held.

Adamson-Eric (1902–1968) was one of the most outstanding cultural figures and creative personalities in Estonia. First and foremost, he was a painter, but he also devoted much of his time to applied art, practising nearly all branches of this realm. Adamson-Eric’s idiosyncratic paintings and pieces of applied art are characterized by elegance, refined colours and a brilliant esprit. His aesthetic principles are based on the French painting traditions. At the same time, his art is closely connected with the local Northern environment and the traditions of Estonian national art. His pieces of applied art are unique, in a style close to art deco, but are still usable objects. Adamson-Eric’s abundant work reflects the development of Estonian fine and applied art during more than forty years. 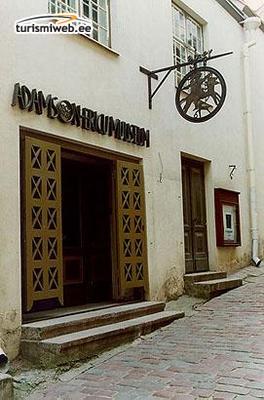 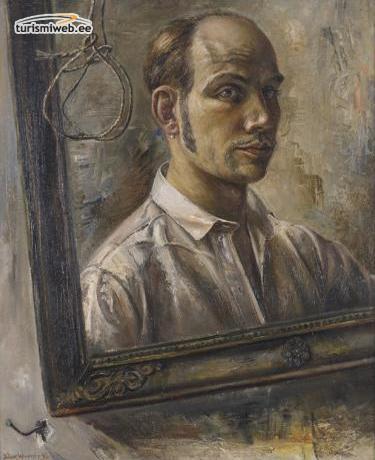