A house with light walls and dark painted wooden lattice gables. It was erected before World War I and is one of the most expressive buildings dating from the 20th century on the main street leading to the beach. It accommodated a boarding house in the period between the world wars and a sanatorium after World War II. At the end of the last century, it was renovated and redesigned into a detached house. 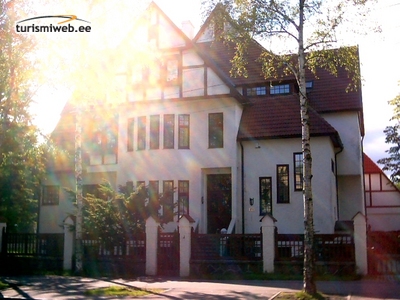