The only remaining group of windmills on Saaremaa is located in Angla, at the 32 kilometer mark on the Upa-Leisi road. It is the only one remaining windmill hill on Saaremaa. In 1925, when the village of Angla consisted of 13 farms, there were nine windcatchers on the hill.
At one time, these open to the winds hills of windmills were a common sight on Saaremaa. When the people were more agrarian, grew their own wheat and rye, and made their own bread, every self-respecting village had a group of windmills to grind the grain.

Of the five windmills at Angla, four are typical Saaremaa type of wooden windmill. Notice the projecting wooden bar. These windmills could be turned towards whatever wind was blowing at the time. The largest one on the hill is a Holland-type of windmill, except that typically Holland-type windmills were built of stone. This one is an eight-sided wooden construction. 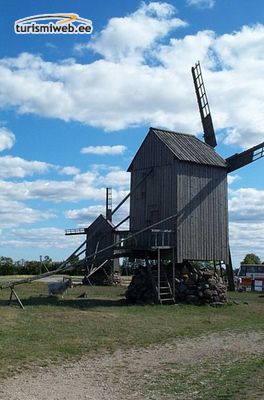 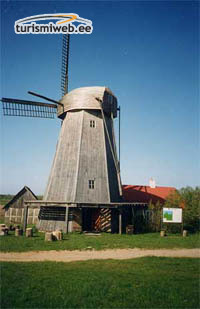 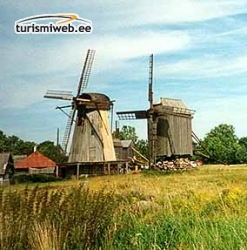